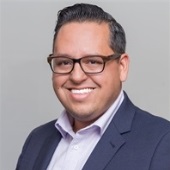 Jason Valle is the President and an LPL investment advisor representative at JV Financial. After earning his bachelor’s degree from Loyola Marymount University with honors in 2005, Jason began working in the investment industry first as an assistant then as a Financial Services professional in 2008.  He holds the series 7, 63, and 65 registrations through LPL Financial. Additionally, Jason earned his Certificate in Marketing Research Analytics from California Polytechnic University Pomona.

Jason Valle has held leadership positions at several non-profit and government organizations including appointed positions with the City of Downey California and his local Catholic Parish. Jason currently serves on the LPL Financial Advisor Inclusion Council as a board member.

Jason’s practice is dedicated to working with individuals who have faced job loss during their later working careers. Partnering with local government and non-profit agencies Jason’s practice helps individuals make sound financial decisions with their retirement assets and builds financial plans for their most difficult life events.

For his work in the field Jason has been recognized by several county agencies for being an outstanding resource to the workers in the Southern California area. His drive has lead to him being quoted in numerous prestigious media publications including Bloomberg and the Associated Press.

Create an investment plan to achieve your goals

Get Financial News & Updates Delivered to Your Inbox